Setting up eve-ng on Google Cloud for Virtualised Network testing

I've setup eve-ng on google cloud for the 0xCC training conference. Here are some walkthroughs on how to get started with your own lab for learning/testing networking configurations.

Most of this is documented well in the following guide, there are just a few adjustments to the guide that I recommend when running something in a cloud environment.

After you've done step 4, that is you've created the virtual instance but eve-ng isn't installed yet, lock down access to your instance. Eve-ng installs itself with weak credentials. 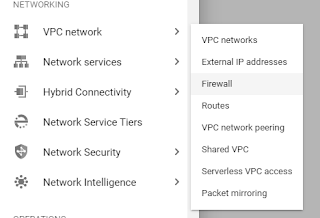 The rules that apply, apply just to this project, therefore, I removed the RDP rule and I locked down SSH and HTTP to just my IP address. Do this by clicking on the rule, selecting edit and entering your IP address in "IP ranges field" under "source filters".

From here continue on with the instructions 5 and 6 in the documentation. However, after rebooting the eve-ng install, change the root password.

By default the root password is root/eve - use commands similar to below to change it:


2. Setting up Images to deploy

3. To route from the simulation to the Internet

To allow the kali image and the routers to hit the Internet. I routed interface pnet9 through to pnet0 (the management interface). After doing the below - the Internet could be used by connecting to Cloud9 in the simulation.

Setting up pnet9 and the routing:

Make it persistent by: 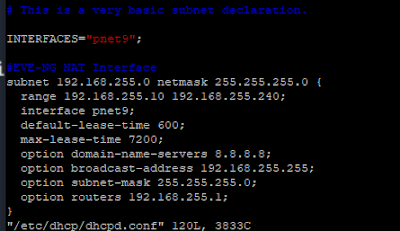 Running the command systemctl enable isc-dhcp-server will also ensure it starts on reboot.

I created an instance for each student. The easiest way I found to clone a VM in Google Cloud was to first create a snapshot and then create an instance from the snapshot.

1. Create a snapshot from the VM to clone
2. Click on snapshot, select "create instance"