I have tomorrow off work so I've kind of spent a bit of time tonight working out what I can do with my baby lab (it definitely needs to grow more... but there's still a bit you can do with 4 routers and a layer 2 switch). I'm pretty tired now and ready to collapse into bed, but I thought I'd do a quick update.

Here's what my lab looks like at the moment (no rack yet... its definitely a work in progress and the goal is to add to it each payday. I think the rack will be my final purchase) 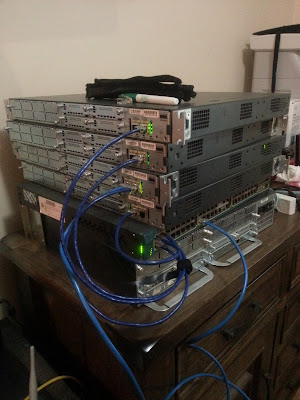 So what can I play around with this setup. Well, I did some OSPF broadcast (makes sense) and then did a little bit of route redistribution. 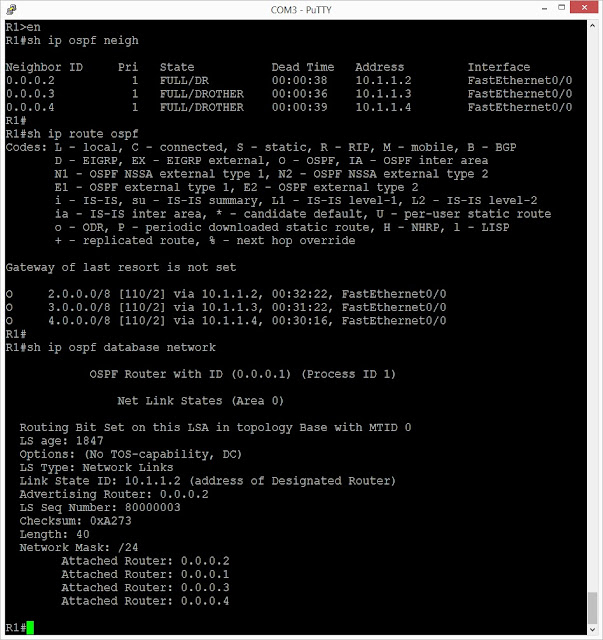 Some points I learnt about OSPF broadcast networks tonight are:

I was getting pretty tired by this stage, but here is my R1 with RIP, Inter-Area OSPF, External EIGRP and External OSPF routes. 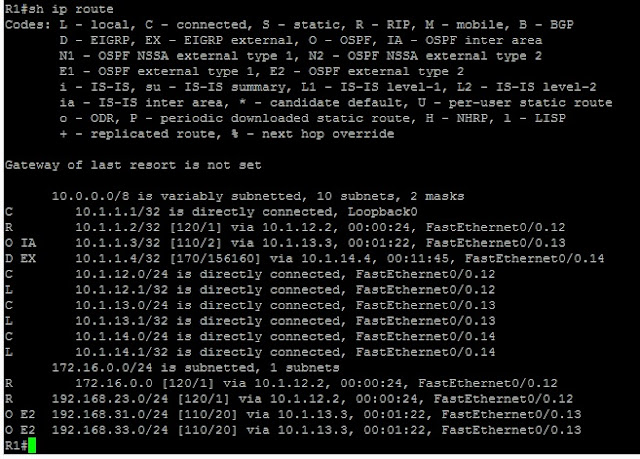 I guess the main takeaway I got from this is that every routing protocol uses its own metric:
When redistributing routes into RIP you have to set a metric for the hop count. 3 is good, anything higher than 16 is ignored.

When redistributing routes into EIGRP you have to set values for all 5 values used in the formula. Apparently mtu isn't used but you still have to set it. It seems pretty standard to just use 1, 1, 1, 1, 1

When redistributing routes into OSPF you don't have to set a value for the metric, OSPF defaults to a metric of 20 with a metric-type of 2.